Army air defenses confront Israeli aggression in surrounding of Damascus, shoot down most of missiles 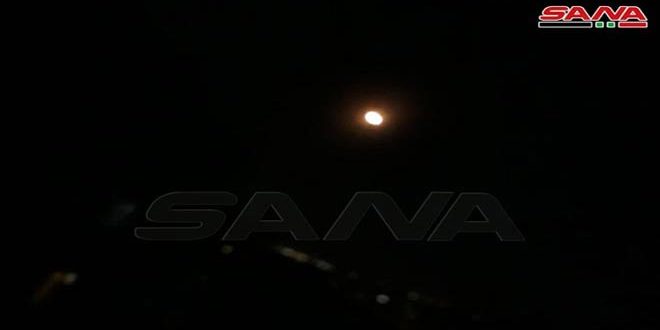 Damascus, SANA- The army air defenses intercepted on Sunday an Israeli missile aggression in the surroundings of Damascus and shot down most of the missiles.

A Military source announced that at 10:16 p.m. on Sunday, the Israeli enemy launched an air aggression from the direction of the Occupied Syrian Golan and targeted some posts in the vicinity of Damascus, adding that the Syrian Air defenses intercepted the hostile missiles and shot down most of them.