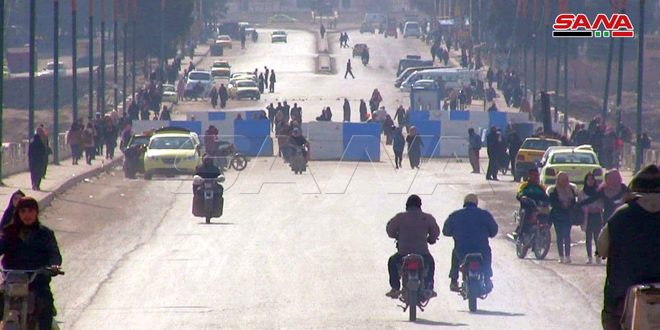 Hasaka, SANA- Residents of Hasaka city cross the neighborhoods and checkpoints of QSD on feet as US-backed militia prevents the entry and exit of vehicles to the city center.

The families of Hasaka still live a siege imposed by the militia for the 13th day. SANA reporter observed some aspects of the humanitarian repercussions that are deteriorating day after day with the continuation of the blockade in light of the lack of food and fuel and the prevention of QSD militia the entry and exit of vehicles and means of transport to the city center.

Hasaka citizens told SANA that they are astonished at the silence of international organizations, and their offices operating in the governorate, towards QSD crimes against the people and their livelihood. They called for a popular rally to uncover the crimes of the militia and to call for the necessity of an immediate intervention to remove the blockade.