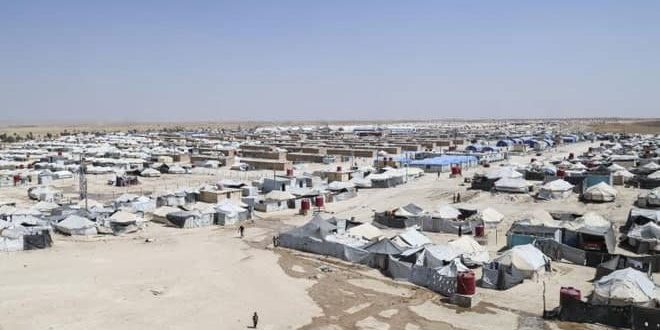 Hasaka, SANA- A woman was injured on Thursday in bullets fired by US-backed QSD militia in al-Hawl refugee camp , east of Hasaka.

Sources in the camp told SANA reporter that members of the militia opened fire at a woman in the fifth section of al-Hawl camp , causing the injury of the woman.

Al-Hawl camp suffers from bad conditions due to the security chaos and the spread of crimes and weapons.