Rodrigues denounces new US sanctions on Cuba, affirm that they aim to tighten embargo

Havana, SANA- Cuban Foreign Minister Bruno Rodriguez has affirmed his countries strong rejection of the new sanctions announced by US Secretary of State Mike Pompeo against three Cuban companies, stressing that they aim to tighten the embargo policy against Havana.

“Cuba will move forward no matter how many entities they include on their spurious lists,” he said.

The Minister indicated that “each measure taken by the US foreign policy would enhance its isolation and international corruption.”

Cuba, which has stood in the way of the colonial American policies in Latin America, has been subjected to an unfair economic blockade by the United States for nearly 60 years, due to its policies that reject the attempts of American exclusivity and hegemony. 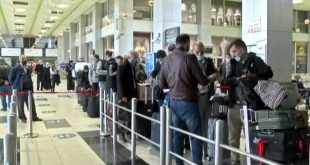