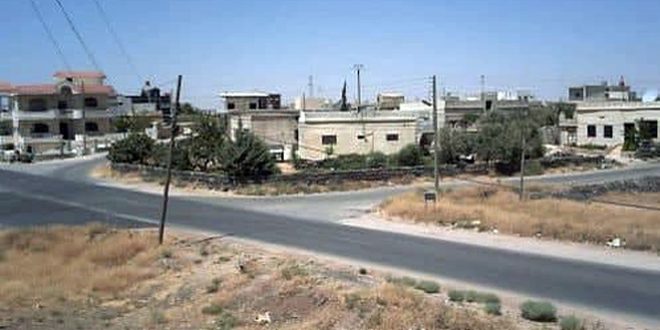 Sweida, SANA- al-Soura Sagera village is located in Sweida northern countryside which carries the scent of Lajat region and is located in the west and is distinguished with its beautiful rural nature, fresh air and ruins that witness successive civilizations on this region.

Head of Sweida Antiquities Department, Dr. Nashat Kiwan, noted that al-Soura Sagera village is considered one of villages of Lajat region and it was mentioned by the researcher dr. Ali Abu Assaf in his book “Antiquities in Horan Mountain” in 1997 entitled with the name of southern al-Soura to distinguish it from the northern large al-Sora village.

He noted that it was named after al-Sawarat tribe that was inhibited in ancient time as the names of some of its members were mentioned in the Greek inscriptions, as group of tribe members moved to live in al-Kabera Soura village for this reason named at the same name.

Kewan noted that its ruins date back to Nabataean, Roman, Byzantine and Arab-Islamic eras, and there are remains of ruined buildings, arches, stone doors, ruins of a watchtower, a number of old wells and a large pool of water.