Iranian official: US presence in region endangers peace, security and stability in it 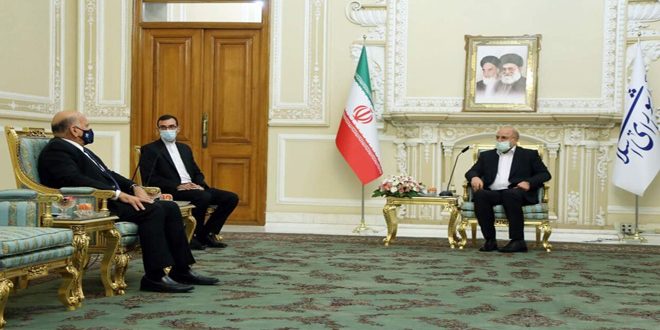 Tahran, SANA_ The head of Iranian Islamic Shura Council, Muhammad Baqir  Qalibaf affirmed that the American forces presence in the region endangers  the peace, security and stability in it.

During his meeting with the Iraqi minister of foreign affairs Fuad Hussein in Tahran, Qalibaf said that” the only solution to the problems in Iraq is to get America out of it.

He also renewed his country’s support for the sovereignty, security, independence and safety of Iraq.

Qalibaf emphasized support of the two countries’ parliaments for reinforcing and developing the bilateral relations in different fields.

The Iraqi minister also confirmed the necessity to reinforce the relations between the two countries, describing them as “strategic”.