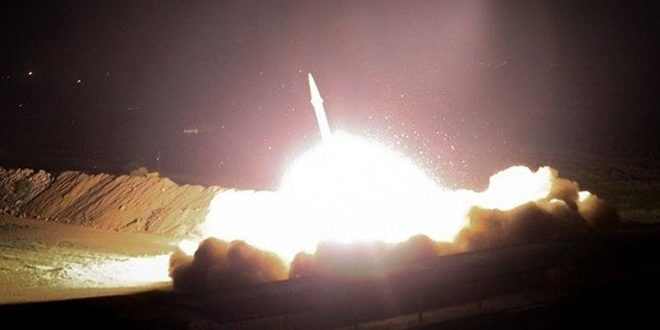 Tehran, SANA- Chief of General Staff of Iranian Armed Force, Major General Mohammad Hossein Bagheri affirmed that any new vicious U.S. act will be faced through a firmer retaliation, in a time when a source from Iran’s Islamic Revolution Guards Corps (IRGC) announced that at least 80 US army personnel have been killed in the missile attack on Ein al-Assad base.

In a statement on Wednesday, Bagheri said that the “operation of targeting the U.S. base of Ein al-Assad on Wednesday dawn, represents a part of the military abilities of the Iranian Armed Forces.”

Iranian Government spokesman Ali Rabiei, for his part, said “Iran doesn’t seek a war…but any other U.S. assault will result in a stronger retaliation.”

The Iranian T.V. quoted an informed source at the IRGC Intelligence Department as saying that “at least 80 US army personnel have been killed in the Iranian missile attack launched against U.S. base of Ein al-Assad by the IRGC.”

The source added that the attack caused massive damage to a considerable number of drones and helicopters and to military equipment at the base, indicating that 15 missiles hit the base and no one of them was intercepted by the radar systems of the U.S. army.