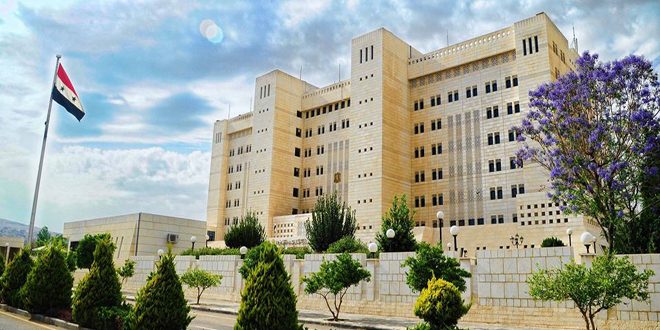 Damascus, SANA_ Syria on Wednesday vehemently condemned as a “US blatant interference in the internal affairs of the People’s Republic of China,” the resolutions passed by the US Congress, stressing that these resolutions violate international law.

An official source at the Foreign and Expatriates Ministry told SANA that the latest resolution called the “The Uyghur Human Rights Policy Act of 2019” contradicts the efforts made by the Chinese Government to combat terrorism and extremism as it violates international law.

“The unjust decision taken by the US Congress on November 19 and the media campaigns led by the US administration about Hong Kong contradict the legitimate right of states to maintain their security and stability,” the source said.

According to the source, the Chinese government’s policy of combating terrorism, extremism and separatist conflicts led to the cessation of terrorist acts resulting from religious extremism in this region and contributed to international efforts of countering terrorism.

The source reiterated Syria’s condemnation and rejection of the Congress resolutions and the double-standards pursued by the United States and the malicious defamatory campaigns carried out by it.

“Syria emphasizes the right of China to preserve its sovereignty, people, territorial integrity, and security and protect the security and property of the state and individuals.” The source concluded.