Al-Kizbari: Syrians reject any form of foreign intervention in the work of Committee of discussing the Constitution 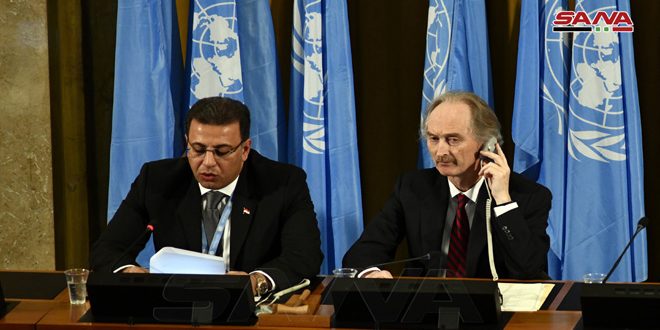 Geneva, SANA- Head of the delegation supported by the Syrian Government,  Ahmad al-Kizbari, affirmed that the Syrian people are the only ones who have the exclusive right to determine the future of their country, stressing rejection of any form of foreign intervention in the work of Committee of discussing the Constitution, based on the principles of Syria’s sovereignty, independence and territorial integrity.

Al-Kizbari, during the opening session of the works of the Committee in Geneva on Wednesday , al-Kizbari said that the Syrian people have resisted a fierce war which has been waged on them for nine years, and they are still achieving victories over terrorism. 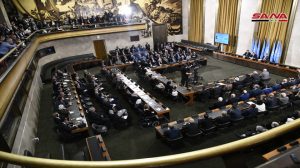 He added that members of the committee are requested to use their best efforts to make what this meeting a success , which is considered as one of the entrances to the political track for resolving the crisis in Syria, indicating that this cannot be achieved without a strong will and determination, sincere faith, and by working hard to preserve Syria’s unity, sovereignty and independence.

He pointed out that Syria, which presented the first alphabet to the world, renewed its Constitution eight times until reaching its current Constitution, which was approved and adopted by popular referendum in 2012 which is considered as a modern Constitution , yet that does not prevent us as Syrians from meeting to reconsider a possibility of any amendment or a change or drafting a new one that will develop our situation and make a positive change to be directly reflected on our lives.

Al-Kizbari said that upon an agreement between the Syrian government and UN Special Envoy for Syria Geir Pedersen,  any discussion that we hold in Geneva, and any work we seek to accomplish will be based on the principle of respecting Syria’s sovereignty and territorial integrity, and rejecting all forms of foreign interference in the domestic affairs of the Syrian people.

“Only the Syrians are the only ones who would determine the future of their country and choose their socio-economic and political system,” al-Kizabari added.

He went on saying that our war against terrorism will continue till liberating every inch of the Syrian territories.

Al-Kizbari hoped the upcoming meeting of the committee would be held in Damascus. 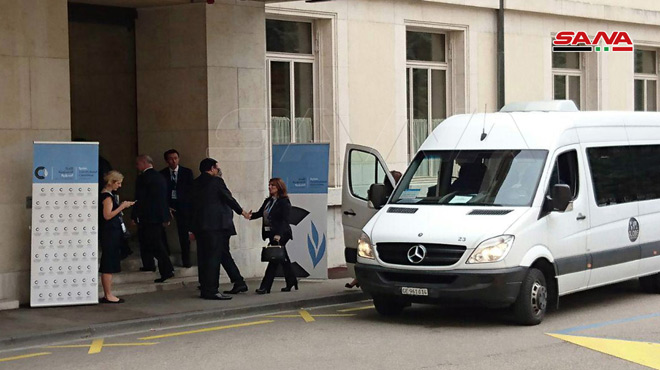 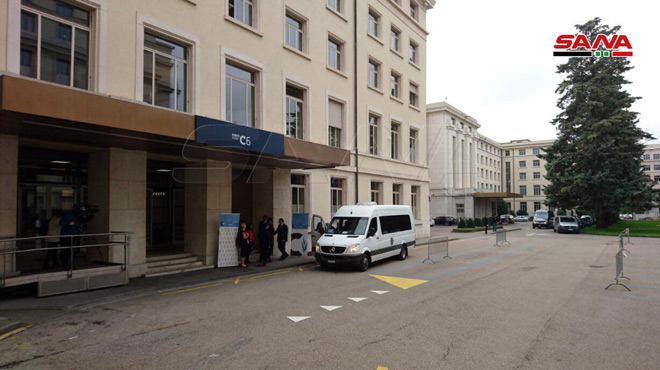 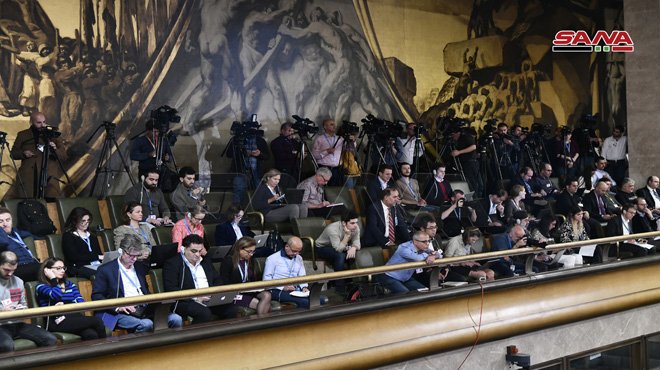