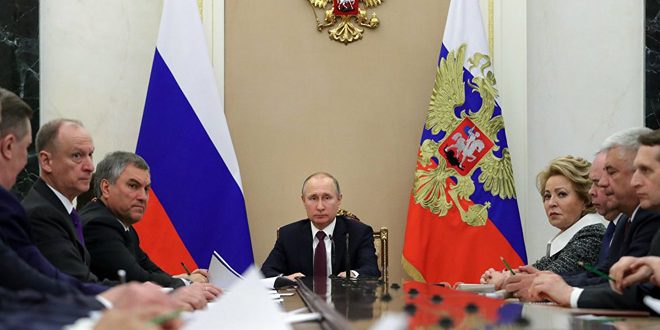 Moscow,  SANA_ Russian President Vladimir Putin discussed prospects of the development of settling the crisis in Syria and the issues of social and economic development in Russia.

Kremlin spokesman Dmitry Peskov told reporters in Moscow on Friday that President Putin held a meeting with the permanent members of the Russian Security Council during which they discussed the future prospects for the development of settlement process in Syria after the formation of a constitutional committee.