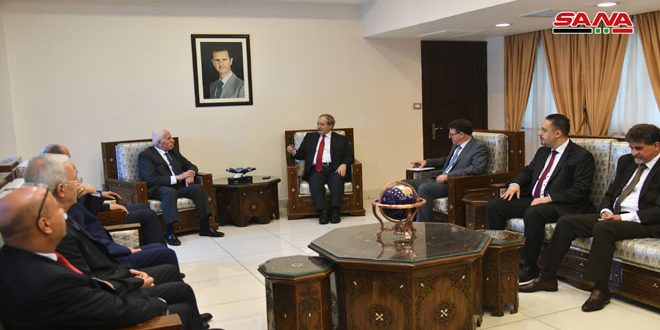 Damascus, SANA-Deputy Foreign and Expatriates Minister Fayssal Mikdad stressed on Tuesday Syria’s support to the Palestinian people’s struggle against the Israeli occupation. He condemned the policy of demolishing houses practiced by the occupation against Palestinians.

Mikdad, meeting a delegation of the Executive Committee of the Palestinian Liberation Organization, headed by Azam al-Ahmad, reaffirmed that Syria, as people and leadership, backs the Palestinian people and their right to determine their destiny, particularly in light of Trump’s endeavors to liquidate the Palestinian cause through the so-called “Deal of the Century.”

He considered the Israel’s policy of demolishing houses as a war crime and a crime against humanity, calling on the UN and international community to confront such heinous acts.

Mikdad went on to say that the Syrian people’s struggle against terrorism and the struggle of the Palestinians against Israeli and US plots are one struggle in the interests of the Arab nation. 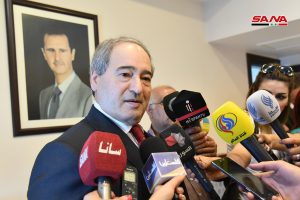 Al-Ahmad, for his part, expressed satisfaction over Syria’s victory on the universal conspiracy, hoping that Syria would recover as soon as possible from terrorism and this will come in the interest of the Palestinian cause as well.

Mikdad in a press statement affirmed that Syria’s support to the Palestinian people’s rights is firm in spite of all challenges it encounters, clarifying that the Palestinian and  Syrian people are able to achieve victory and restore the legitimate historic rights. 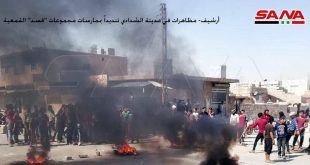 Hasaka, SANA- US occupation-backed QSD groups kidnapped a number of youths in al-Shdadi city in …