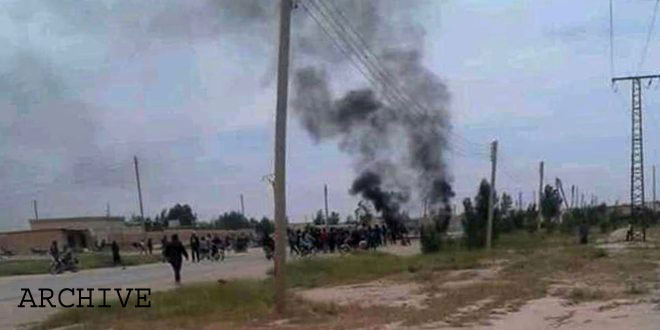 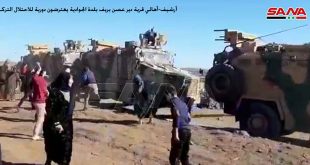 Deir Ezzor, SANA- Protests against crimes of the US-backed Syrian Democratic Forces (SDF) militia were renewed in several villages and towns in Deir Ezzor country side.

SANA’s reporter in Deir Ezzor said that the locals in al-Basira town and al-Damman village in Deir Ezzor northern countryside on Thursday took to the streets in condemnation of the SDF militia’s crimes, demanding the militia expulsion from their areas in Deir Ezzor countryside.

The reporter quoted local sources as saying that the protests against practices of SDF militia were renewed today in the northern countryside of Deir Ezzor due to the militia’s crimes of arresting many of the villagers in Deir Ezzor countryside and opening fire on the locals, killing and injuring scores of them.

Earlier, the SFD militia, backed by US helicopters, committed a massacre, killing six civilians in al-Shahil town in the northeastern countryside of Deir Ezzor. 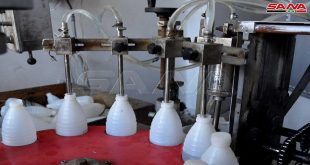 Homs, SANA_ The Directorate of Industry in Homs issued, during the first quarter of this …