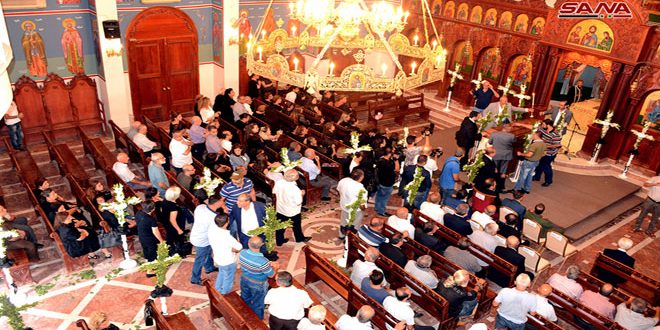 Lattakia’s locals also bid farewell to the late writer Mina before his body was escorted to his final resting place in al-Farous cemetery.

On Tuesday, novelist Mina died at age of 94 after long suffering with illness.

Mina’s novels basically tackled the topics of exploitation, greed and oppression of women and he predicted that the novel will occupy a great status in the Arab taste.