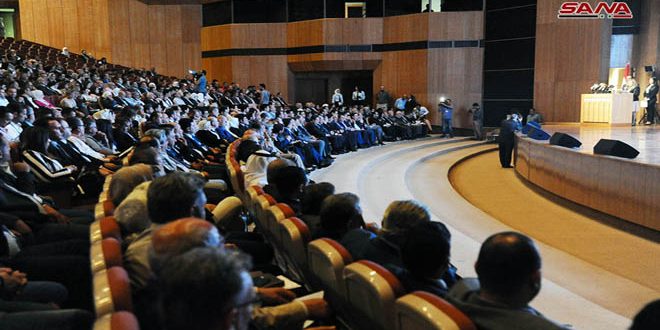 Damascus, SANA- Activities of the “Conference of Businessmen and Investors in Syria and the World 2018” kicked off with the participation of businessmen from 23 Arab and foreign countries representing companies in various fields of industrial, commercial and economic at the Palace of Conferences in Damascus city.

The three-day Conference is organized by the Syrian Investment Authority in cooperation with the International Investment Company and will highlight the investment opportunities in Syria and the mechanisms of mobilizing scientific energies and financial and economic expertise in the construction process in Syria through activating the role of the private sector and foreign investors. 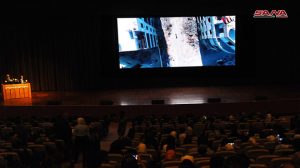 the conference investment opportunities in various sectors of manufacturing and extraction, construction, electricity, transport and tourism.

In his speech, Lebanese Minister of Industry Hussein al-Hajj Hassan said that the reconstruction of Syria and the recovery of economy is in the interest of the Arab world in general and Lebanon in particular, stressing the keenness of Lebanese businessmen to be partners in the reconstruction phase in Syria.

Head of Damascus and its Countryside Chamber of Industry Samer al-Debs said that synchronization of the local and foreign expertise will contribute to the development of strategic industries, cement industry, fertilizers, automobiles, oil and petrochemical industries, energy and electricity.

Speaking to journalists, Minister of Economy and Foreign Trade Samer al-Khalil said that the Syrian economy began to recover, adding that about 20,000 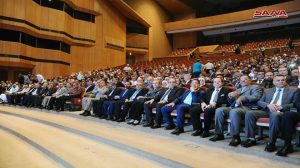 industrial facilities have begun work again in a year, indicating that Syria will turn into a major workshop in various fields to rehabilitate everything that was destroyed by terrorism.

SANA met with a number of businessmen and investors participating in the Conference, who stressed that the participant companies are looking forward to taking advantage of the promising investment opportunities in Syria as they noted that there are positive indicators in the investment market, especially related to public construction, oil and power stations, operation of ports, airports and other means of transport.