Three civilians martyred, others injured due to terrorist rocket attack in Sweida 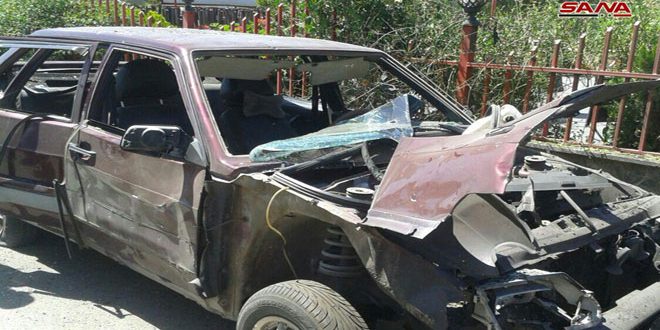 Sweida, SANA- Three civilians were martyred and two others were injured due to a terrorist attack with shells on the city of Sweida.

SANA’s reporter in Sweida said that terrorists positioned in the eastern countryside of Daraa fired three rocket shells on al-Nahda residential neighborhood in Sweida city, claiming the live of three civilians and injuring two others.

A material damage was also caused due to the attack, according to the reporter.