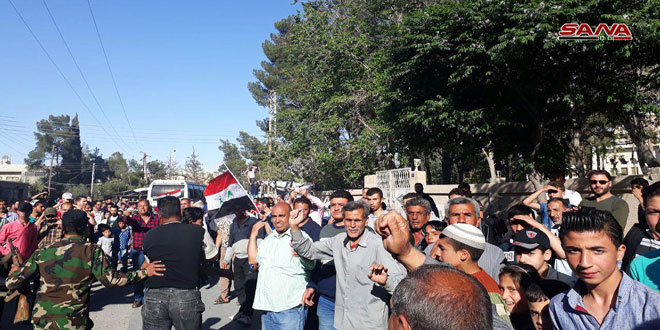 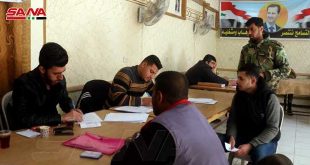 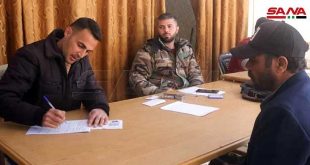 Damascus Countryside, SANA – Units of Internal Security Forces entered the Jeroud twon on Tuesday after evacuating the terrorists and their families from the town.

The citizens gathered in the town’s public square carrying the national flags to welcome the Internal Security Forces units and celebrating the defeat of terrorism.

SANA reporter said that the process of removing the terrorists and their families who reject the reconciliation agreement from the town of Jeroud to the north of Syria ended today Tuesday, followed immediately by the entry of the Internal Security Forces units to establish security and stability and to preserve the lives of civilians and their property in preparation for the return of state institutions.

The process of evacuating the terrorists and their families, who reject the reconciliation settlement, continue from eastern Qalamoun in implementation of the agreement that stipulate evacuating them to the north of Syria after handing over their heavy and medium weapons, and ammunition stores.