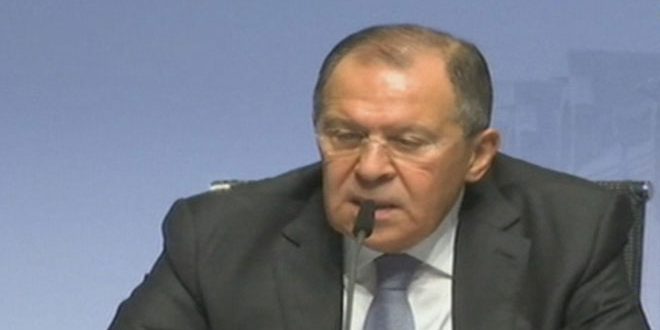 During a press conference with his Pakistani counterpart Khawaja Muhammad Asif in Moscow, Lavrov commented on the situation in Afrin and the continuing Turkish aggression on it by saying that Russia is committed to resolving all issues related to this matter, but these solutions need to be done in a manner that respects Syria’s territorial integrity.

The Turkish regime has been carrying out an aggression on Afrin since January 20th, killing and injuring hundreds of civilians using different types of weapons and shells including chlorine gas, which is prohibited internationally, in addition to its forces and affiliated terrorists organizations carrying out systematic vandalism of infrastructure, properties, and historical landmarks.