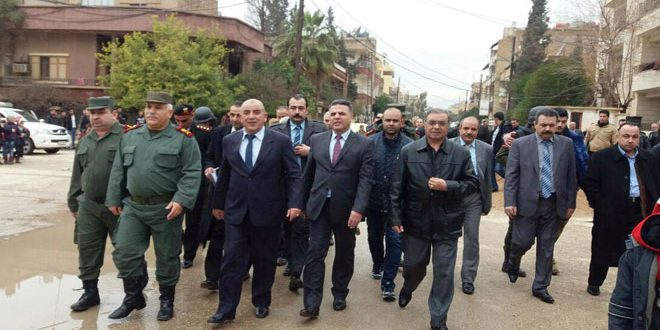 Hasaka, SANA- Upon the directives of President Bashar al-Assad, a ministerial delegation inspected the services and living situation in the province of Hasaka and visited a number of state’s institutions.

The delegation, which comprises ministers of Education, Health and Agriculture, has toured Qamishli National Hospital and was informed about the availability of 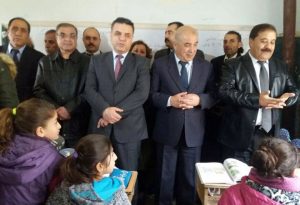 medical services at the Hospital and was briefed on the difficulties facing its work and its urgent needs.

In turn, Head of Education Directorate in Hasaka Ilham Sorkhan said that the educational staffs in the province are exerting continuous efforts in order to continue the work of the educational sector despite the challenges and dangers, adding that 16 schools were opened in different villages inside the houses to accommodate hundreds of students.

The ministers also met social figures of the elders and sheikhs of the tribes at the Culture Center in Qamishli city where participants renewed their support to the Syrian Arab Army in its war against Takfiri terrorism until achieving victory, condemning the Turkish attacks on the Syrian territory and stressing that the city of Afrin will remain Syrian. 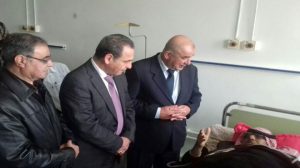 The city’s dignitaries also rejected the US illegal presence on the Syrian territory and the attempts to divide the social components with the aim of striking the national unity.

For his part, Agriculture Minister Ahmed al-Qadiri said that the government is keen to enhance the agricultural sector through allocating the necessary funds to implement the supporting programs and to increase the production and improve the income of the farmers, adding that the General Establishment for Seed Multiplication was directed to increase the production plan during the coming seasons and reduce feed prices and support it by SYP 3.5 billion budget.

He pointed out to the formation of a committee to study the farmers’ debts to the Agricultural Bank in the eastern provinces and find the appropriate legal formula to solve the debt problem.