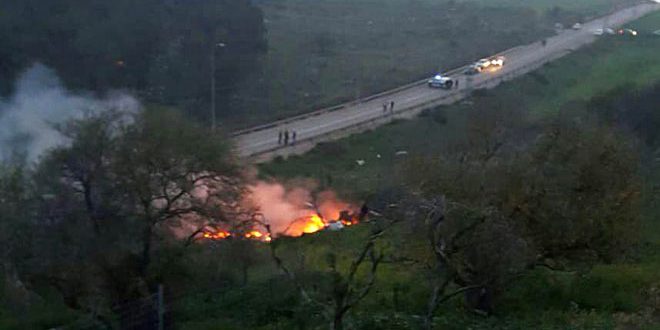 Sana’a, SANA – The Yemeni Foreign Ministry condemned the Israeli aggression on Syria, emphasizing its total and permanent solidarity with all just Arab and Islamic issues.

Deputy Foreign Minister of Yemen Hussein al-Aza told SANA’s correspondent that the Yemeni Republic, represented by Foreign Ministry, condemns the Israeli occupation entity’s aggression against Syria and praises the alertness of the Syrian Arab Army and the shooting down of a hostile aircraft which participated in the aggression.

Al-Aza emphasized the importance of continuing to confront all the foolish acts of the Zionist enemy as this is a legitimate and natural right.