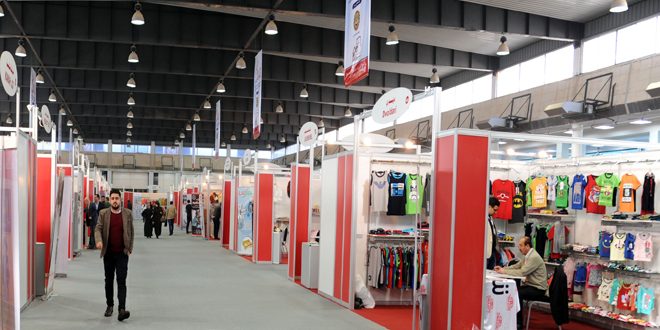 Damascus, SANA- The 4th Khan al-Harir fashion and textiles expo kicked off on Friday in the Fairgrounds with the participation of more than 160 companies specialized in clothing, fabric, shoes, and production equipment.

The expo, which is organized by Aleppo Chamber of Industry in cooperation with the Ministry of Industry, the Economy and Foreign Trade Ministry, and the Local Production and Exports Support and Development Agency, will last for four days. 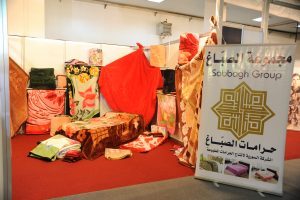 Minister of Economy and Foreign Trade Mohammad Samer al-Khalil said that the participation of this number of industrialists is the clearest evidence of the Syrian industry’s recovery and the ability of Aleppo’s industrialists to overcome challenges and obstacles, adding that most of them worked within difficult conditions in order to maintain production and support the national economy. 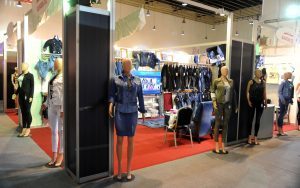 Al-Khalil noted that there is a large number of Syrian industrialists working in the field of clothes, including kids wear, and some of them continue to be present in foreign markets, despite the drop in production due to the crisis, indicating that the Syrian product can still compete in foreign markets both in terms of quality and price.

For his part, Minister of Industry Mohammad Mazen Youssef said that there is a plan to re-launch Aleppo’s factories as fast as possible, especially those related to the textile industry upon which all national industries depend. 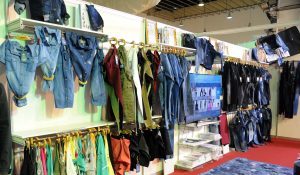 Meanwhile Chairman of the Federation of Syrian Chambers of Industry and of the Aleppo Chamber of Industry Fares Al-Shehabi said that the next iteration of Khan al-Harir expo will be held in Baghdad.