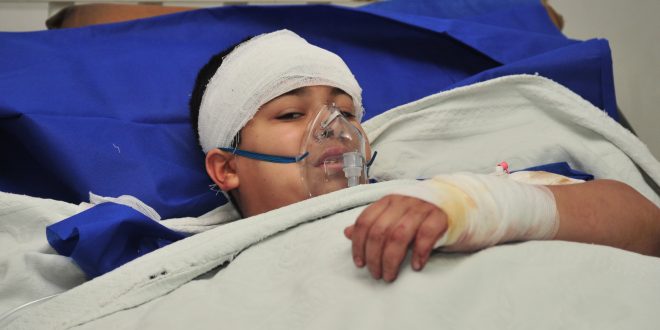 A source at Damascus Countryside Police told SANA’s correspondent that the explosive object’s remains were collected and an investigation was started to identify it and find out how it got to the schoolyard, stressing the need for cooperation by the families to instruct their children not to carry or touch or play with any strange objects.

The injured children were rushed to al-Mowasat Hospital 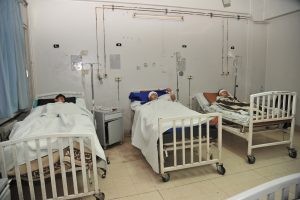 and the Children’s Hospital in Damascus, where they received treatment.

Dr. Mohamed Fendi, a surgeon at al-Mowasat Hospital, said that the ER received on Friday a number of children who were injured by shrapnel from an explosion, including two children in a critical condition who had to undergo surgery due to sustaining serious abdominal trauma as well as trauma to their limbs.

The doctor said that two of the children were sent to the Children’s Hospital, one of them having sustained carotid artery trauma, while the other had shrapnel embedded in the spine.