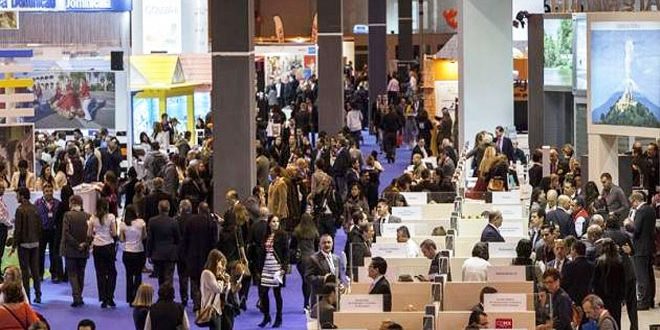 Madrid, SANA- The 38th edition of FITUR International Tourism Fair 2018 in Madrid, Spain, kicked off on Wednesday evening with a participation of Syria and more than 1, 0000 companies and tourism offices from 165 countries.

Head of Syrian delegation and Director of Tourism Marketing and Promotion at the Ministry of Tourism, Bassam Barsik, underlined the importance of Syria’s participation in the fair despite the volume of destruction caused to the infrastructure by the terrorist organizations which killed people and looted museums, archaeological and historical sites and smuggled them across the border with Turkey.

“Syria, in cooperation with the friends, managed to restore and reconstruct a large number of the touristic places and received the visitors and tourists during the war years,” Barsik told Spain media outlets and a group of Spain who visited the Syrian pavilion.

He called on the Spanish tourism companies to visit Syria, take a closer look at the situation in it.

The 38th edition of FITUR International Tourism Fair 2018 in Madrid 2018-01-18
admin
Share
Previous All Syrian ports closed due to high waves and strong winds
Next Mikdad: Syria will confront any Turkish aggression or military action against its territory with appropriate response