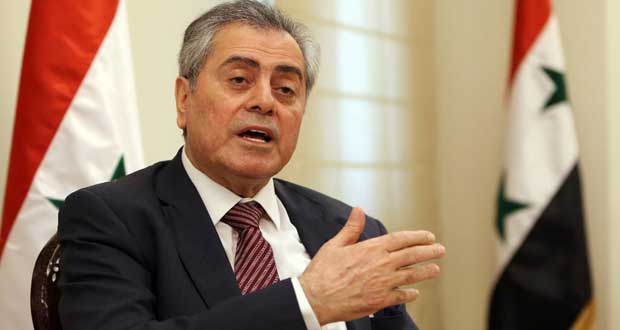 Beirut, SANA-Syrian Ambassador in Lebanon Ali Abdul-Kareem affirmed Wednesday Syria support to Lebanon and the Lebanese Army in the face of terrorism which poses a threat to the two countries, calling for a real thinking in the danger of terrorism.

Flowing a meeting with Lebanese National Defense Minister Samir Moqbil, Abdul-Kareem said that both sides discussed the available possibilities to confront that terrorism which forms another face of the Israeli aggression in the region.

The ambassador added that the Lebanese Minister “showed understanding and there was a high sense of responsibility and integration between the two countries and peoples.”