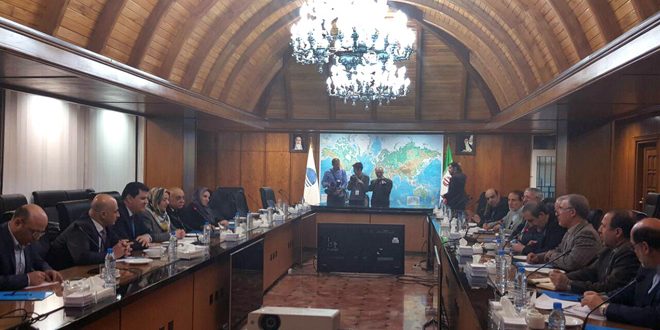 Tehran, SANA – Speaker of the People’s Assembly Hadiyeh Abbas affirmed that Syria’s participation in the activities of the 6th International Conference in Support of the Palestinian Intifada (uprising) which kicked off in Tehran coincides with important field and political achievements gained by Syria, Iran, Russia and the resistance. She conveyed greetings and appreciation of the Syrian people and President al-Assad to Imam Sayyed Ali Khamenei for his support to Syria in all fields, particularly in the fight against terrorism.

Abbas said that the situation in Syria is improving whether in regards to politics or to the status on the ground.

Velayati, for his part, stressed that Iran reiterates support to Syria in the fight against terrorism to achieve victory and restore security and Stability to the country.

“Iran is going ahead in its support to Syria in all fields,” Velayati said, adding his country would not be hesitated in this regard and “our principled and strategic policy is unchangeable in backing the brotherly country of Syria.”