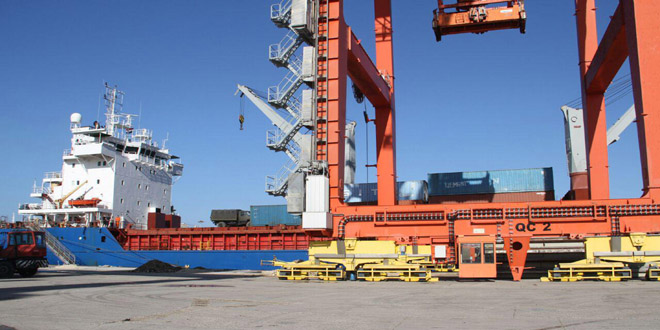 Tartous,SANA- A ship loaded with 500 tons of food aid provided by the government and people of the Republic of Kazakhstan arrived in Tartous port on Friday.

Ambassador of Kazakhstan to Jordan Azmat Berdibay said that the ship includes 500 tons of flour, canned meat, rice, pasta and tea, adding that the humanitarian aid was delivered to the port of Tartus with assistance from Russian Defense Ministry and will be distributed later in order to alleviate the suffering of Syrian citizens due to the current crisis.

In a press statement, Berdibay affirmed that his country supports the exerted efforts of the Syrian government and the international community to end the crisis via dialogue and reconciliation, hoping that the talks will continue in the future, within the framework of the Geneva conference under UN auspices to settle the situation in Syria through peaceful means.

For his part, Chief of Tartous Governorate Council Yasser Dib said that this humanitarian initiative by the government and the people of Kazakhstan came in the framework of supporting the steadfastness of Syrians, adding that the food aid will be distributed to the temporary housing centers in all areas.