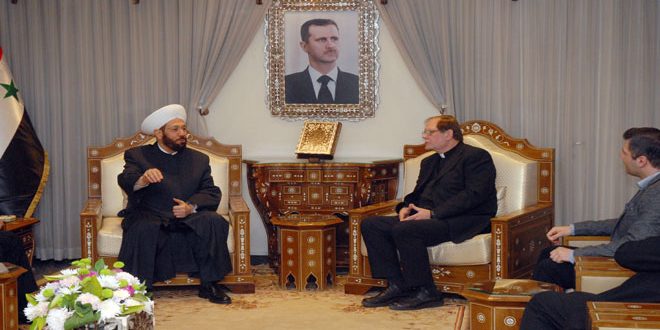 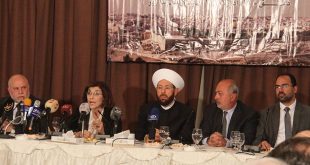 Shaaban: Need for banding together to fight terrorism and Zionism and to restore occupied lands 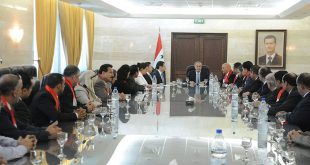 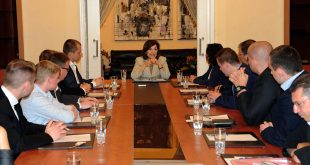 Damascus, SANA – Grand Mufti of the Republic Ahmad Badreddin Hassoun affirmed that Syria will remain impervious to invaders and terrorism due to its people’s commitment to their homeland.

During his meeting on Sunday with General Secretary of the World Communion of Reformed Churches (WCRC), Pastor Chris Ferguson, Hassoun stressed that terrorism shouldn’t be linked to religion because terrorism uses religion as a cover to justify its crimes.

For his part, Ferguson said he came to Syria to witness what is actually happening in it, and that he discovered how much the Western media had attempted to fabricate facts.

The Pastor affirmed that the WCRC encourages dialogue around the world and rejects imposing things on people through military force, as well as rejecting all calls for division on religious basis.