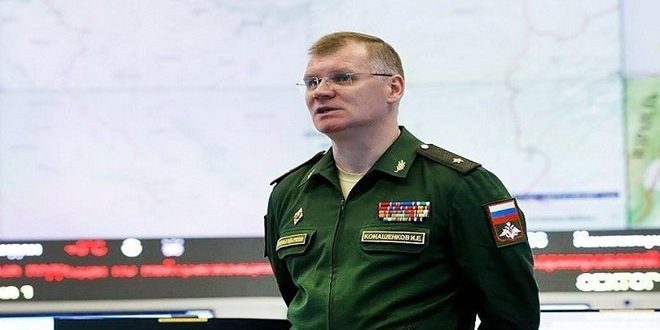 MOSCOW, SANA- Russian military experts from the Scientific Center of Troops of Radiological, Chemical and Biological Defense of the Russian Armed Forces have arrived in Aleppo to collect samples in the areas where terrorists used chemical weapon, Russian Defense Ministry announced.

Toxic chemicals and products of their disintegration found in Aleppo will be analyzed at the laboratory of chemical-analytical control at the Scientific Center of the Troops of Radiological, Chemical and Biological Defense that is accredited by the Organization for the Prohibition of Chemical Weapons (OPCW),” Konashenkov added.

According to the Russian Defense Ministry, terrorist groups repeatedly used toxic materials during the past few days.

Konashenkov said Russian Aerospace Defense Forces and Syrian Air Force have been observing moratorium on any actions in Aleppo for the last 18 days.

The armed terrorist groups used repeatedly the chemical weapons as terrorists fired a rocket “containing chemical materials in March 2013 on Khan al-Assal area in Aleppo countryside, killing 25 civilians and injuring more than 100 others.