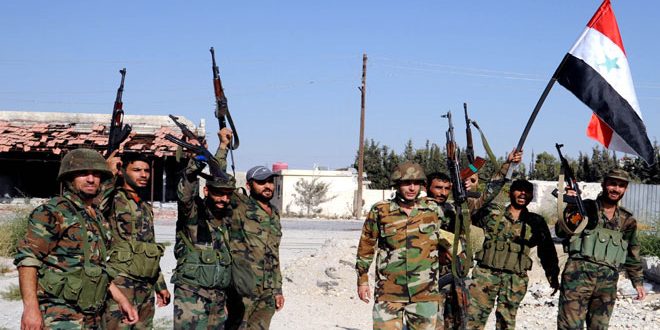 Damascus countryside, SANA-A settlement has been made in Daraya to evacuate it from weapon and gunmen, paving the way for the return of the state’s institutions and families to the city, located in the south-western side on Damascus.

SANA reporter quoted Chief of Daraya municipality Marwan Obeid as saying that a settlement was signed today in Daraya to evacuate families from the city and getting them out to temporary shelters in Damascus and its countryside.

He added that the agreement stipulates getting 700 gunmen out of Daraya and moving them to Idleb after they hand over their weapons to the Syrian army.

Settlement in Daraya to get 700 gunmen out of the city after handing over their weapons to the army 2016-08-25
m.eyon
Share
Previous Al-Moallem: Iraq and Syria are in one trench, confronting the same aggression and challenges
Next President al-Assad accepts credentials of new ambassador of China Qi Qianjin