The army continues chasing terrorists across the country 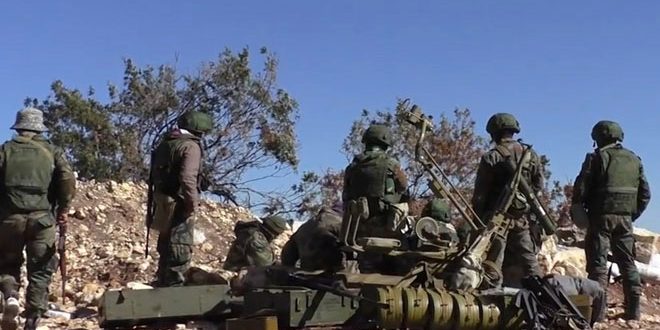 Provinces, SANA – The Syrian army units, backed by air force, on Saturday continued carrying out counter-terrorism operations against terrorist organizations across the country, killing a number of terrorists and destroying their arms, dens and vehicles.

A military source said that ISIS terrorists were killed and others were injured in raids of the Syrian army air force against their positions and gatherings in Deir Ezzor Province.

The raids focused on ISIS movements in the villages of al-Zamli and al-Jafra to the west of Deir Ezzor city, destroying three positions and killing a number of the terrorists.

Another army unit carried out a military operation against ISIS terrorists in al-Kanamat neighborhood on the northeastern outskirts of the city, destroying a number of vehicles and killing many of the terrorists.

The Syrian army air force targeted the ISIS gatherings in the surroundings of al-Shaer oil field in the countryside of Palmyra in Homs Province.

Heavy losses were inflicted upon ISIS terrorist organization in personnel and equipment, where their positions and machineguns-equipped vehicles were destroyed.

Later, SANA’s correspondent in Homs said that an Army and Armed Forces unit carried out a special operation between Deir Ful and al-Rastan areas in Homs province’s northern countryside, killing 7 terrorists including Mohammad Rashid Dalla, who was the leader of the so-called “revolutionary movement” in the northern countryside.

Deaths and injuries were inflicted upon terrorist organizations’ members due to army operations against Takfiri terrorism in Daraa al-Balad and Daraa al-Mahatta.

A military source said in a statement to SANA that army units directed on Saturday morning intensive strikes against gatherings and hotbeds of terrorist organizations in Daraa al-Balad and al-Mahatta neighborhood the main route for foreign terrorists’ infiltration and smuggling arms to Daraa countryside and the eastern desert of Sweida.

The strikes resulted in killing a number of terrorists and injuring others to the north west of al-Karak roundabout and the surroundings of the post office building in addition to destroying two positions to the north of al-Kahalil Mosque and east the electricity company.

Meanwhile, Takfiri terrorist organizations acknowledged on their social media pages that a number of their members were killed including Amer Mohammad Turkmani.

An army unit directed on Saturday afternoon concentrated strikes against gatherings of ISIS terrorist organization in the eastern countryside of Sweida.

A military source said in a statement to SANA that the strikes killed a number of terrorists and injured others to the west of al-Rasiye well in the eastern countryside of Sweida. 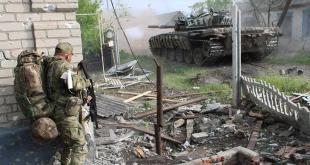