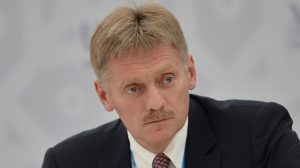 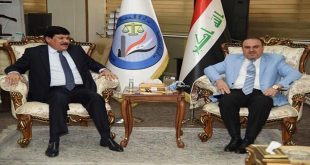 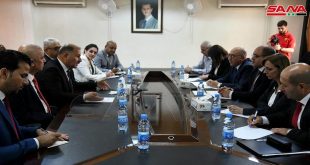 Moscow, SANA – Kremlin spokesman Dmitry Peskov called for supporting the implementation of truce in Aleppo city in parallel with continuing to combat terrorism.

In a statement to journalists on Friday, Peskov said that “We should differentiate between combating terrorism and truce. Offensive operations against terrorists will continue. No one is saying that the war on terror will end. The truce is a different matter and any act which may harm the current prevailing truce must be avoided.”

He indicated the Russian leadership’s constant contact with its Syrian counterpart to discuss developments related to the cessation of hostilities agreement and ensuring its implementation.

Peskov said that Russia has always adopted a very responsible attitude towards the “fragile” truce in Syria, calling upon all parties to do the same.

He denounced claims of Russian airstrikes targeting civilians as “misleading”, noting that the Russian Defense Ministry has all information related to the timing and the sorties carried out within the framework of the war on terror in Syria.

On Wednesday, the Syrian General Command of the Army and Armed Forces announced that a truce will be applied in Aleppo for 48 hours as of 1 A.M. on Thursday May 5th, 2016. Immediately, the terrorist groups breached the truce and targeted residential neighborhoods in the city with rocket shells.

Yesterday Peskov described the truce in Aleppo as “fragile” due to the complicated situation on the ground and the mixtures of terrorist groups, expressing hope for better solutions which Russia and the U.S. are currently working on.