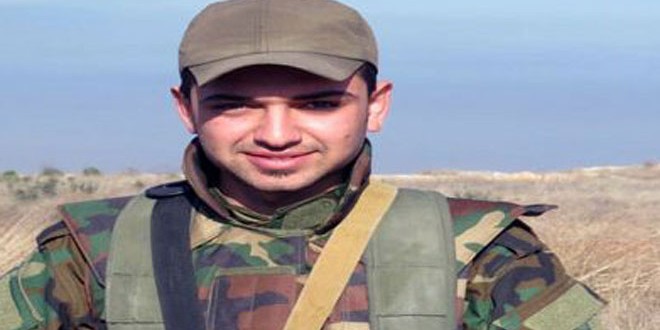 Sources on the ground in Aleppo told SANA reporter that Allaw was killed Tuesday evening as he was on duty covering the operations of the armed forces and the supporting forces in the vicinity of al-Eis town south of Aleppo city.

Allaw was born in Nubbul town in Aleppo, 1994. He had undertaken a war photography training course and covered military operations on various fronts in Aleppo, including those that resulted in restoring security to Khanaser-Atherya road in the southeastern countryside and breaking the long-time terrorist siege of Nubbul and al-Zahraa.