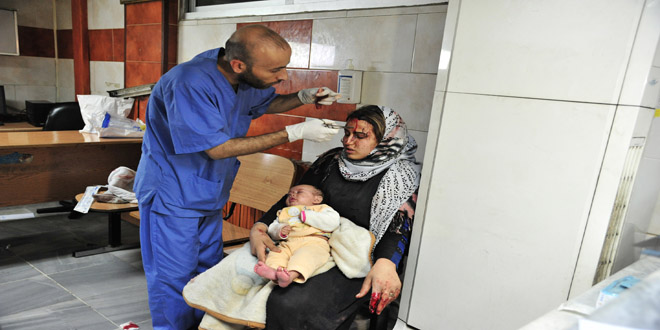 Damascus Countryside, SANA-Death toll from the three terrorist bombings in al-Sayyida Zeinab rose to 83, while 178 citizens were wounded.

Earlier, A number of civilians were killed and others were injured, most of them are women and children in three successive terrorist bombings in the schools’ street in al-Sayyida Zeinab town in Damascus Countryside on Sunday.

SANA reporter quoted local sources as saying that terrorists detonated a car bomb loaded with a large quantity of explosives on Sunday afternoon.

The bombing was followed by two other suicide bombings with explosive belts after the civilians gathered in the place.

The three bombings killed a number of civilians and injured scores others who were severely wounded in addition to causing big material damage to the area.

Al-Sayyida Zeinab area was rocked on January 31th with a terrorist bombing with a car bomb which targeted a bus in Koa Soudan area followed by two suicide bombings with explosive belts, killing 45 persons and injuring 100 others.

The Cabinet condemned the attacks with Prime Minister Wael al-Halaqi saying that terrorist organizations are committing their attacks to make up for the recurring losses and defeats they suffer at the hands of the Syrian Arab Army.

al-Sayyida Zeinab Terrorist attacks 2016-02-21
Manal
Share
Previous Kerry, Lavrov agree on “Criterion for a cease-fire” in Syria
Next Six civilians, including a child, killed in terrorists’ shell attack in Aleppo 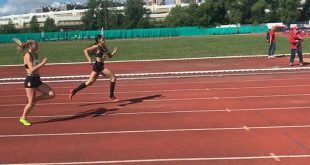