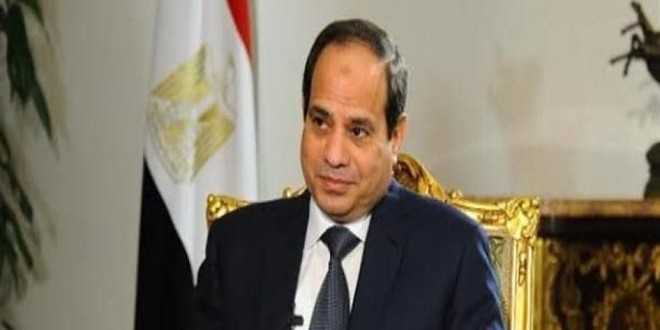 President el-Sisi, in an interview with Jeune Afrique magazine which is specialized in the African affairs, asserted his country’s firm stance which calls for a political solution to the crisis, considering that the Syrian crisis has been neglected for a long time and now the situation has become very complicated.

“If a solution had been found two years ago, we wouldn’t have reached the current situation,” he added.

The Egyptian President stressed that terrorist organizations mustn’t be allowed to expand because this will threaten the whole region.