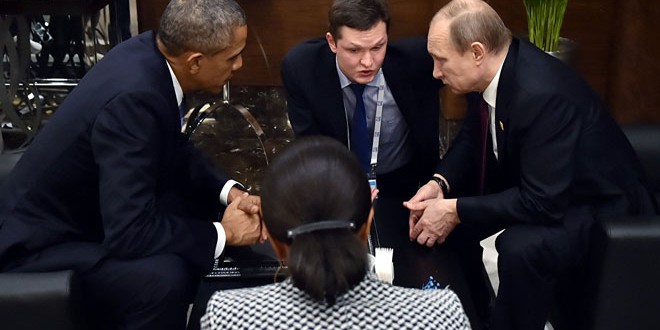 Antalya, SANA – Russian President Vladimir Putin and US President Barack Obama held a meeting on the sideline of the G-20 summit currently being held in Antalya, Turkey, during which they discussed the situation in Syria and in Ukraine.

According to Putin’s aide Yuri Ushakov, the two presidents also exchanged viewpoints on the recent attacks in Paris and other terrorist threats, adding that Moscow and Washington agree on strategic goals when it comes to fighting terrorists, but disagree regarding tactics in this regard.