Local administration minister: Government is exerting all possible efforts for reconstruction in all areas 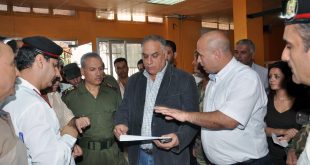 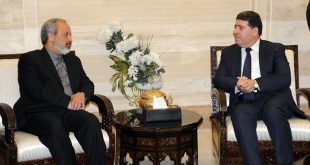 Homs, SANA- Deputy Prime Minister for Services Affairs, Minister of Local Administration Omar Ghalawanji affirmed on Thursday that government is exerting all possible efforts for reconstruction in all areas in Syria.

During a tour to the rehabilitation and repair works in the old city of Homs, Ghalawanji stressed the necessity of preserving the historical archive and the ancient heritage of Homs city.

For his part, Homs Governor Talal al-Barazi pointed out that the governorate had deported around 270 thousand tons of debris from the old neighborhoods of Homs, adding that the shops of al-Na’oura market are due to open soon which will contribute to invigorating commercial activity in the city.

Omar Ghalawanji Talal al-Barazi 2015-08-06
Manal
Share
Previous Health Ministry, WHO and UNICEF hold symposium on breastfeeding in the workplace
Next Mufti Hassoun: Extremists have no relation to Islam