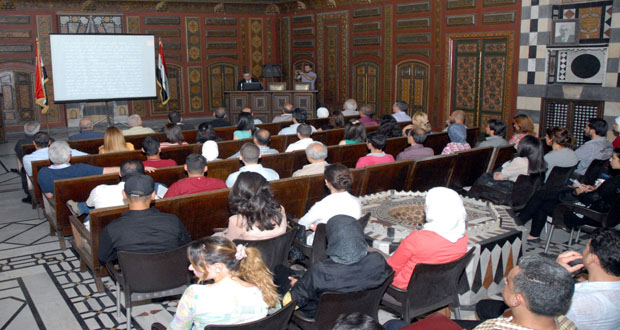 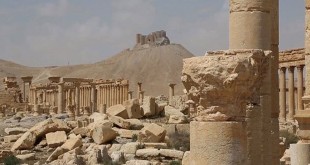 DGAM: Tomb of the Three Brothers in Palmyra in good condition

Damascus, SANA- Director-general of Antiquities and Museums, Maamoun Abdulkarim asserted that Palmyra city, pearl of global heritage, is confronting nowadays big threats and challenges due to the attacks that the city and its residents were exposed to at the hands of the Islamic State in Iraq and Syria (ISIS) terrorist organization. Abdulkarim said, in a lecture dubbed “Palmyra city… the reality and challenges”, that “Syrians are facing a global, cultural and civil war to preserve their monuments”, indicating that 99 percent of the Syrian antiquities in all provinces, including hundreds of statues and relics, were transferred to safe places thanks to the efforts exerted by the Syrian army units in cooperation with locals and the General –Directorate of Antiquities and Museums.

“Destructing invaluable human treasures that constitute important and pivotal places in Syria’s history, is a crime that affects all the Syrians and a blatant violation which warns of eternal loss of some of Syrian archaeological heritage” Abdulkarim added.

He pointed out the great value of the Palmyra city on world level where it has archaeological treasures which became as a part of the global art.

An exhibition of antiquities and heritage books was organized on the sideline of the lecture.