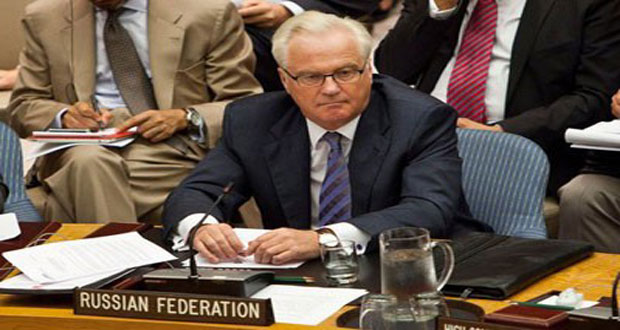 New York, SANA – Russia’s Permanent Representative to the United Nations Vitaly Churkin said that Russia will submit a draft law to the UN Security Council on the illegal purchase of petroleum from the armed terrorist groups in Syria and Iraq.

RT Website quoted Churkin as telling reporters on Wednesday that it is well-known that the terrorist organizations are selling petroleum illegally from the Syrian and Iraqi territories, which means that the sides buying it are actually funding terrorism despite the presence of a resolution in this regard.

He said the Council discussed on Tuesday in a closed session the issue of terrorism in the Middle East, adding that the western countries are practicing double-standard policy as they label the “Islamic State in Iraq and Syria” (ISIS) as a terrorist organization in Iraq and are overlooking its activity in Syria at the same time.