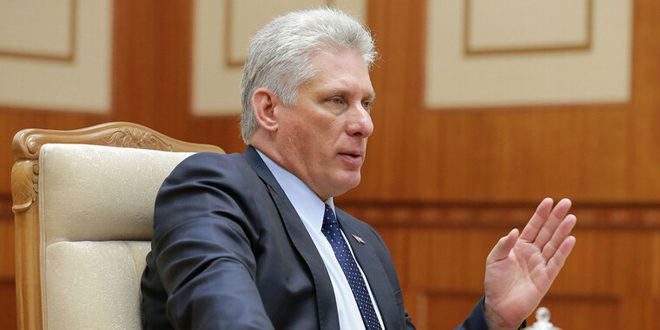 MOSCOW, SANA- Cuba condemns Western sanctions against Russia, the causes of the Ukrainian conflict should be sought in the policies of the US and NATO, Cuban President Miguel Diaz-Canel, who is on a visit to Moscow, said at a plenary session of the State Duma on Tuesday.

Diaz-Canel stressed that Havana, while repeatedly condemning sanctions against Russia, was in favor of a negotiated solution to the conflict in Ukraine.