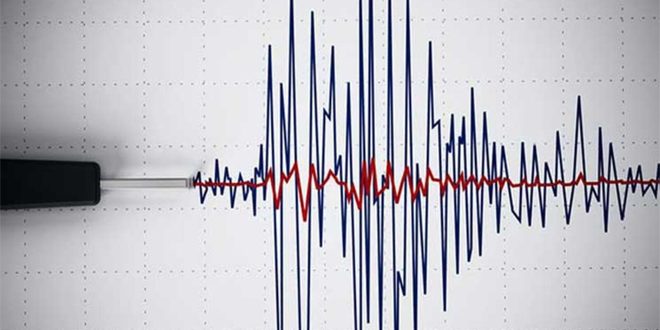 Athens, SANA- A strong earthquake struck off the Greek island of Crete early on Monday but there were no immediate reports of damage.

The quake was of magnitude 5.5, the Athens Geodynamic Institute was quoted by Reuters as saying, adding that the quake was felt as far away as Cairo, Egypt.

Earlier, the European-Mediterranean Seismological Centre (EMSC) had revised the magnitude of the earthquake to 5.4 from 6.

Athens Strong earthquake hits Crete island 2022-11-21
ruaa-jazaeri
Share
Previous Mikdad: Syrian-Indian relations are friendly and solid
Next A reception on the occasion of the 52nd National Day of the Sultanate of Oman