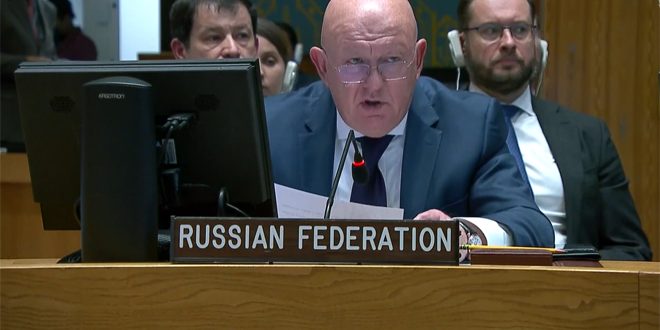 Russia blocked a US-sponsored resolution that would have condemned itself

New York, SANA-Russia has accused the US of baiting it into using its UN veto power in a bid to limit Moscow’s influence on the Security Council.

RT said that Russia blocked a US-sponsored resolution on Friday that would have condemned its acceptance into the Russian Federation of four former Ukrainian territories.

Within hours of the treaties being signed, the US introduced a resolution to the United Nations Security Council condemning the “illegal so-called referenda in Ukraine” and demanding Moscow immediately withdraw its forces from Ukraine.

The meeting had originally been convened to discuss the sabotage of the Nord Stream gas pipelines, which Russian envoy Vassily Nebenzia told the council benefited the US. Russia wants a comprehensive investigation into the incident, he added.

The resolution, co-sponsored by Ukraine, received the support of ten UNSC members, while four – China, Brazil, India, and Gabon – abstained. Russia, which has veto power, blocked its adoption.

“Do you seriously expect Russia to consider and support such a draft?” Nebenzia said in a statement directed at the US. “And if not, then it turns out that you are intentionally pushing us to use the right of the veto in order to then wax lyrical about the fact that Russia abuses this right.” 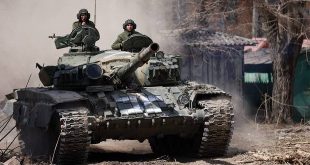