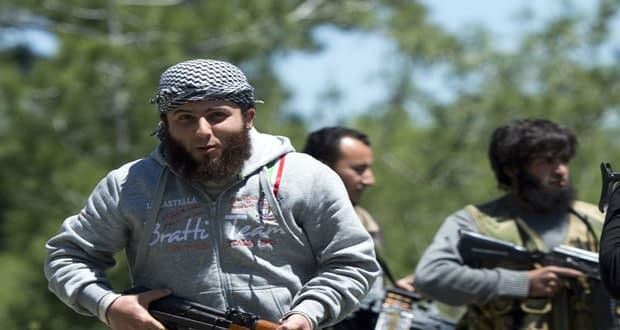 Moscow، SANA-A Russian military source said that members of security system of the Ukrainian regime and intelligence officers of the Turkish regime are working to recruit terrorists located in northern Syria to fight with the ranks of the Ukrainian forces.

“A group of three members of the Ukrainian regime’s security system, accompanied by intelligence officers of the Turkish regime, went on February 4th to Afrin and E’zaz in northern Syria and visited a site belonging to a terrorist group affiliated to the so-called “Free Syrian Army” supported by the Turkish regime, meeting with the leaders of a number of these terrorist groups to discuss the possibility of recruiting terrorists to fight alongside the Ukrainian regime”, the source indicated in a statement to the Russian Agency of RIA Novosti.

The source added that it was agreed to organize a series of secret meetings with the leaders of the terrorist groups concerned.

Recently, the Kremlin announced that the Russian authorities are monitoring an increase in the flow of mercenaries from several countries to Ukraine, including terrorists who fought in Syria, and Al-Tanf base controlled by the US occupation forces in Syria, and they witnessed the preparation and training of terrorists affiliated to ISIS in order to transfer them to Ukraine and use them in Donbass, according to the Foreign Intelligence Service of Russian Federation.