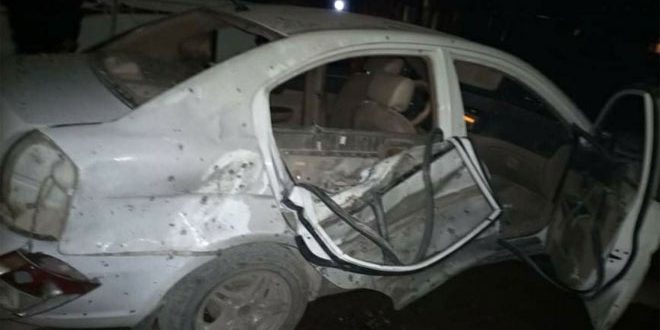 Aleppo, SANA- Two women and two children were martyred and others were injured in a car bomb blast in Manbej City, Aleppo northern countryside, where the US occupation-backed QSD militia is positioned.

A car bomb went off in the center of Manbej city, 80 km northeast of Aleppo, claiming the lives of two women and two children, and injuring two civilians, local sources reported.

Due to the insecurity and the repressive practices of the QSD militia, Manbej City has witnessed similar incidents over the past two years which claimed the lives of dozens and injured many others, in addition to causing material damages to the public and private property.