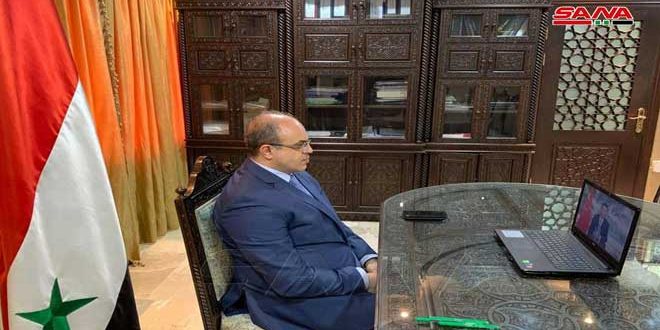 Damascus, SANA- With the participation of Syria, the fourth edition of China International Import Fair was inaugurated on Thursday virtually in the presence of Chinese President and a number of ministers and government officials from the participating countries.

The exhibition, which was attended by Minister of Economy and Foreign Trade, Muhammad Samer Al-Khalil via video, lasts till November 9th.

Syria is participating in the exhibition with a virtual pavilion including five sections dedicated to Syrian companies wishing to exhibit their products of olive oil and its products, especially soap, as these two products are popular in the Chinese markets.

Sections of the Syrian pavilion also included information about Syria and the most important economic sectors in it, in addition to displaying an introductory video showing the most important tourist and cultural landmarks of Syria.