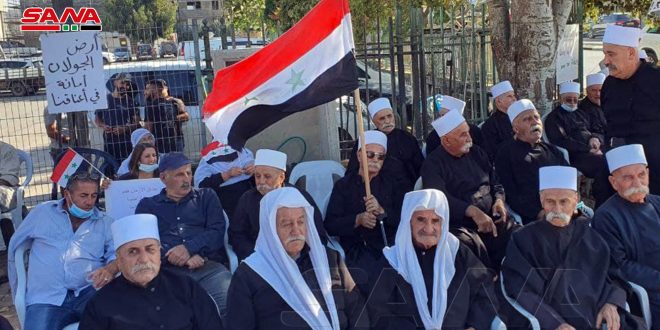 The Syrian citizens said in a rally in protest against the Israeli procedures on Monday at Masa’ada village “We declare, by the name of citizens of occupied Syrian Golan, our rejection of setting up any occupation project on our lands.”

They stressed their adherence to Golan soil and struggle against the occupation’s attempts to forcibly displace them from it, and their rejection of the occupation government’s announcement about a new project to set up  seven thousand settlement units on their land to increase the number of settlers from 40 to 100 thousand, in a bid to change the demographic and geographical feature of the Golan. Syria constantly affirms that the occupied Golan is an integral part of its territory and works to restore every inch of its land by all available means, as it is an eternal and inalienable right and it also stresses its support for its people in their resistance in the face of the Israeli occupation and their rejection of the policy of plundering lands and properties pursued by the occupation in the Golan, including the establishment of settlements on its lands with the aim of changing its demographic, geographical and legal nature. 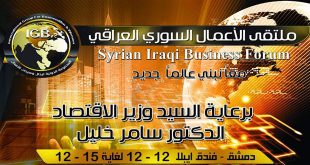 Damascus, SANA-Syrian-Iraqi Business Forum is scheduled to be held in Damascus from 12th to 15th …