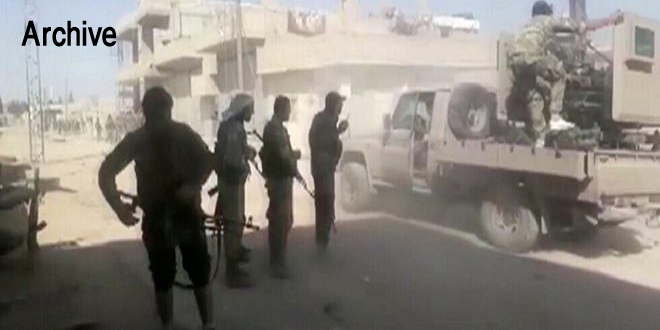 Clashes with machine guns and medium weapons have erupted between terrorist groups affiliated with the so-called “Military Police” on one hand, and the so-called “‘Azm Unified Command Room” on the other hand in the vicinity of al-Basouta and Burj Abdalou villages in Jandaris area, Afrin city, northern Aleppo, according to local and media sources.

Several terrorists were wounded in the clashes and they were transferred to Turkey to receive treatment at its hospitals, amid tight security measures, the sources noted.

The areas where the Turkish occupation forces and their mercenaries of terrorist organizations spread, have been witnessing a state of insecurity and infighting among terrorists, in addition to the liquidation and assassination operations.