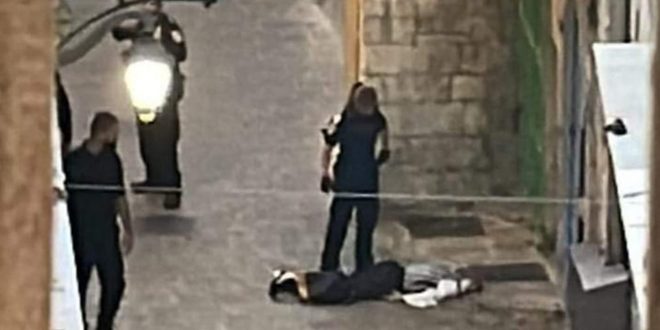 Occupied Jerusalem, SANA- Two Palestinians were martyred and others were injured during raids by the Israeli occupation forces in different areas in the West Bank.

The occupation forces opened fire directly on a Palestinian woman near Bab al-Silsila, one of the gates of al-Aqsa Mosque, as she was martyred immediately, and they raided the mosque and expelled the worshippers and closed its gates and the entrances of the Old City completely, Wafa News Agency reported

At dawn on Thursday, a Palestinian was martyred, two others were wounded, and a young man was arrested after the occupation forces stormed Burqin town, southwest of Jenin, amid shooting.