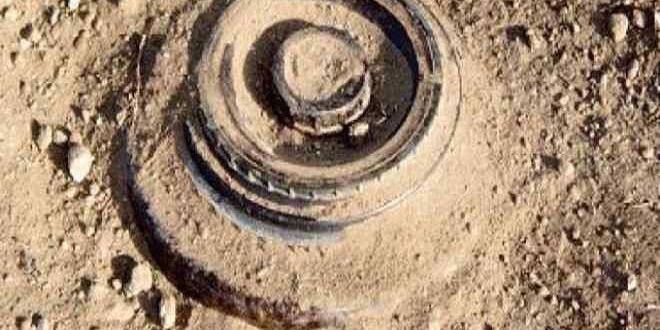 Hama,SANA- One child was martyred in a blast of a landmine left behind by terrorists in al-Fanat village in the surrounding of Salamiya in Hama countryside.

A source at Hama Police command told SANA reporter that on Saturday evening, a landmine went off in al-Fanat village in Salamiya countryside claiming the life of a 14 –year- old child.