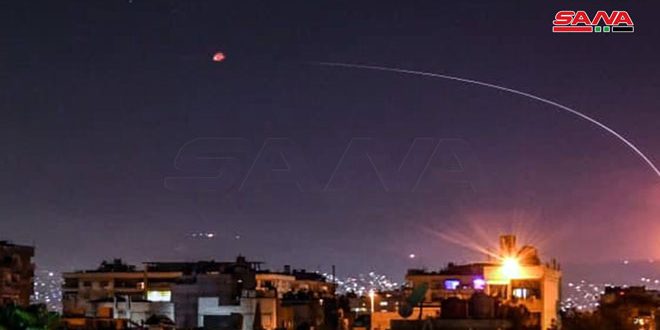 Damascus, SANA- Syrian army air defenses confronted on Friday an Israeli missile aggression in surroundings of Damascus and shot down most of the hostile missiles.

A military source told SANA that nearly at 1:26 a.m. on Friday, the Israeli enemy carried out an air aggression from the direction of the south eastern side of Beirut, targeting some points in the surroundings of Damascus.

The source added that the army air defenses repelled the aggression and shot down most of the missiles while losses were restricted to materials.