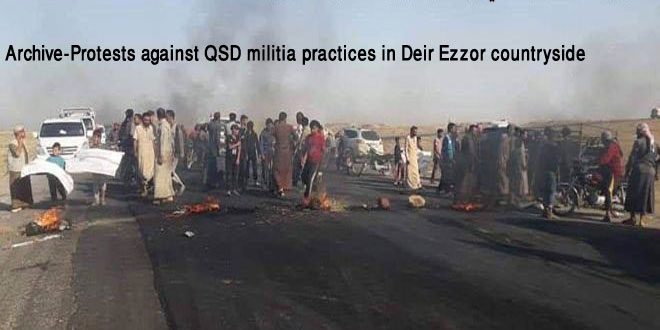 Deir-Ezzor, SANA- A militant of US occupation forces-backed QSD militia was killed in an attack carried out by popular factions on the outskirts of Jadeed Bakarah town in Deir Ezzor eastern countryside.

Local sources told SANA that a group of popular factions targeted with machine guns one of the QSD militia while he was heading towards one of the militia’s headquarters on the outskirts of Jadeed Bakarah town in the eastern countryside of Deir Ezzor, killing him instantly.