Two workers of Energy Transmission Department martyred in blast of mine left behind by Daesh terrorists, Deir Ezzor countryside 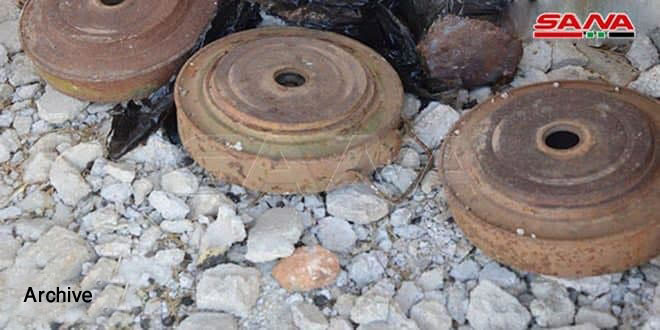 Deir-Ezzor, SANA-Two workers of the Department of Energy Transmission in Deir Ezzor were martyred in an explosion of a mine left behind by Daesh  terrorists while they were working to mend a power high voltage of  al-Mayadeen- al-Duweer in the eastern countryside.

Head of the Department of Energy Transmission in Deir Ezzor, Eng. Muhammad Aliwi, told SANA reporter that while the department’s workers were mending the high voltage of  al-Mayadeen al-Bukamal, a mine went off in their car near the town of al-Duwair, claiming the lives of  two workers.

Before their  expulsion from the areas where they deployed , the terrorist organizations planted mines and explosive devices and hid them in villages and towns and in agricultural lands in order to cause biggest possible harm to people and properties.